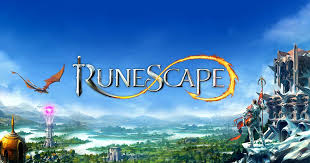 I am doing sit-ups for a demonic drill instructor who wants to OSRS gold get me tip-top shape so I can combine his military corps. A very long time back, this was one of several random events concocted as a way to manage the multitude of robots which set up shop in Old School RuneScape, back when it was just plain RuneScape. They ceased being successful after a month or two. 14 years after they ceased being useful, they still persist. "We kept them because the players quite liked them," states Mark Ogilvie, RuneScape design director. "They're a part of the fabric of the world." It is a familiar story in a game that exists because gamers voted for its resurrection. Old School RuneScape was initially made to be a copy of the sport as it was in 2007--an specific replica designed to lure nostalgic adventurers. It is not a snapshot of the universe as it was, however, as it is still a living game with upgrades, added quests and even a new continent emerging. It is in a uniquely strange position, growing together with its successor, RuneScape 3. "I always call it the 'RuneScape comfort blanket'," Ogilvie says. "These players, when they log into the game, it is muscle memory. That is one of the main differences between Old School and RuneScape 3. While all that nostalgia remains there in the new RuneScape, it is hidden behind this veil of updates. This seems like a different game." When you leave the tutorial islandwith its fundamental classes on how to proceed, fight and level up your abilities, you are dropped in Lumbridge, outside a castle, and you simply select a direction. You might remember there are rats in the kitchen basement (of course you will find ), along with a pursuit from the Duke's chef who will send you around the surrounding area to find ingredients for a cake. Normally, Jagex creates content targeted at the typical player level, so the majority of the low level quests were already considered old in 2007. They are also the most finished quests in the game, being the very first things new players come across, so it is even more important that they match players' memories of them. As I run about, searching down flour and eggs, Ogilvie points out some goblins lurking behind a weapon, threatening farmers. The little ne'er-do-wells are having a bit of trouble getting past the obstacle. They do not seem happy about it, but from where I'm standing, they can't get me. "This is really where quite a great deal of cheap RuneScape gold players begin their early ranging livelihood, by sitting behind these small fences and shooting the goblins with their bow and arrow," he clarifies. "The route-finding has ever been quite odd in RuneScape, but when we attempt to change it the players always beg us not to, therefore we have not."